And you definitely do not pay for Greece. Everybody pays for Germany. I find plenty of ire and anger simply at reading the statements of both Greek and German leaders.


When Mr. Sinn claims that Greece has received aid x over the value of the Marshall Plan that Germany received, one may hold him in contempt. Recently, when eurowide ministers mentioned to a German minister that his use of the ants and grasshopper story was misplaced. Whether he has transferred other aspects of his personality into this need to show his economic and productive superiority is almost irrelevant.

One leaves thinking this person believes he is a superior being. Finally, the Aesop fable itself is more nuanced. Apart from that — fables, shmables. What we need are target-leading ideas now and not fairy tales! You should care less about stupid catfights and nitpicking and more about realistical proposals. Foot dragging will only prolong the pain. Anyone with a brain and honest heart knows that what we say here is for the wellbeing of the Germans too. Of everybody. Are you sure than your untalented, uncreative, unintelligent, dimmed in many respects politicians of yours are better than ours?

I mean this is the kind of ridiculous statement that you guys make and then you want us to take you seriously. How would be even more generous financial support for Greece, paid for by the German taxpayers, be good for Germans? But the experience of the last years, all the footdragging in Athens, the strikes and riots, the political mess, makes this a very remote possibility. That money could be put to much better use in Germany itself, for instance for improving child care services that would benefit single parents and families with two working parents.

And for the Eurozone, it probably would be better if the weakest link in the chain would be removed. They may be better off with a return to the Drachme and with job programs funded by freshly printed banknotes. Those who still believe in a Greek future as an Euro member, despite the total lack of serious improvements during the last years, are only hoping for a miracle. Just another victim of your media propaganda or on purpose throwing mud. This is your doing and only yours. We do not ask you to pay for Greece. You pay for your own crap and you are exempt from the crisis because we are the ones covering your butt ,by having austerity and people dying.

However, I would still approach it another way. In other words, what would Marx say. Today there is no left-wing or right-wing.

There are only 3 classes of people. Reality is endlessly complex, even in Europe ;. But what about reducing it to four dimensions: 1. Rich people also outside Europe vs. Politicians and speculators vs. Believers in European integration vs. Excluding the fifth, very special and glorious dimension, one can still identify sixteen possible interest groups 2x2x2x2.

Basically, Elbers says that the real problem is the difference in competitiveness between southern and northern Europeans, which has been exacerbated by flows of money caused by the adoption of a common currency the Euro. The least damaging solution that he sees, both for the northern and for the southern economies, is that Greece, Spain and Portugal leave the Eurozone in an orderly way so that they can devaluate and regain their competitiveness.

A superb lesson. Now would there be half of this self-criticism and the real deep wish to come nearer to the centre of here: economical problems within other people, a lot of politicians and scientists!

I am privately researching since quite some time about just such matters — even in cultural affairs can you find certain generalisations that border on a slight form of racism. In fact, quite a lot of left-wing-ideas were disregarded exactly with the use of such stereotypes. I recorded a lot of this stuff over the years to find out what those generalisations mean, why they are used and so on.

A truly excellent read. And as I last time just this Saturday always hear the same lies about Greece springing out of the mouths of poor german people, it is even more important to go on, criticising official german policy. At least there should be. A truly wonderful read, your article, thank you very much! That MUST happen before all and any other proceedings.

And then device an economy that grows on sustainable benchmarks in terms of environment, financings,i. Regulate the money business. The sooner this becomes shared grounds amongst the shakers and makers the better.

Debt and a system that leads to such debt problems is the issue…. However we have evidence on tape suggesting — how shall I put it diplomatically — otherwise?? And the arrogant nonsense from this German guy Gray with a different ID for some reason above, indicates that even-handed and reasonable or rational approaches do not work with at least some Germans. The empirical question is: what proportion of Germans? Is it just the political right and some of their banking cronies I presume that Gray is in banking , supported by mass media and then influencing the masses through their own lack of knowledge?

This is quite plausible — but,Yani, unless you can change the quality of reporting across Europe, then it makes no difference. Frankly, what is happening is nationalistic and plain nasty. The logical outcome is the collapse of Europe and possibly war. So far I have been arguing that it is not right that Germany should foot the bill. Now comes the bad news. Now we need to wonder why the markets do not get it it.

It is so obvious:.

Introduction: the Study of the Greek Economic Crisis in Europe through the Media

Even without taking on other peoples debt the current domestic debt is not sustainable. This is what is talked about, but the bank debt which came into play with Spain recently is 9 billion. Total 12 billion. So the for you bad news is: The Euro is toast no matter what Merkel does or not. The markets just did not get it yet. The euro is toast exactly because of Merkel and after you forced others to pay for your mismanagement. You looked after your interests just fine but you overdid it. Noone had to foot any bill. Noone here asked for your money. And the only thing you have been arguing about is to make other people that read this blog think that truly you were arguing about Germany not paying while others ask her too.

How twisted of you. So many ways ,so many alternatives for the well being of everybody and you support the destructive policies of your masters. Instead of working with others to rectify the situation you decide to steal from them because with the troubles of your banks ,you would have blown your economy skyhigh. You decided it is better for the German taxpayer to back your banks while thinking they pay for others and it is better for the southerns to recycle debt by you giving them forced money that then you take all back ,so that your banks unload their toxic waste ,while at the same time the southerns are forced to privatise everything for nothing.

You take all the money back and the debt of the southerns increases. There are fundamentally three more acceptable and one completely unacceptable way to get rid of debt:. That was what Hitler and many others did in the past! Guess what your cookie monster Merkel wants to do!

The only problem with the option of deleveraging the debt is that it mostly affects the poorest rather than the richest and so the burden falls on German taxpayers, Greek taxpayers and all other ordinary people in Europe rather than burdening the rich with additional taxes or higher inflation. 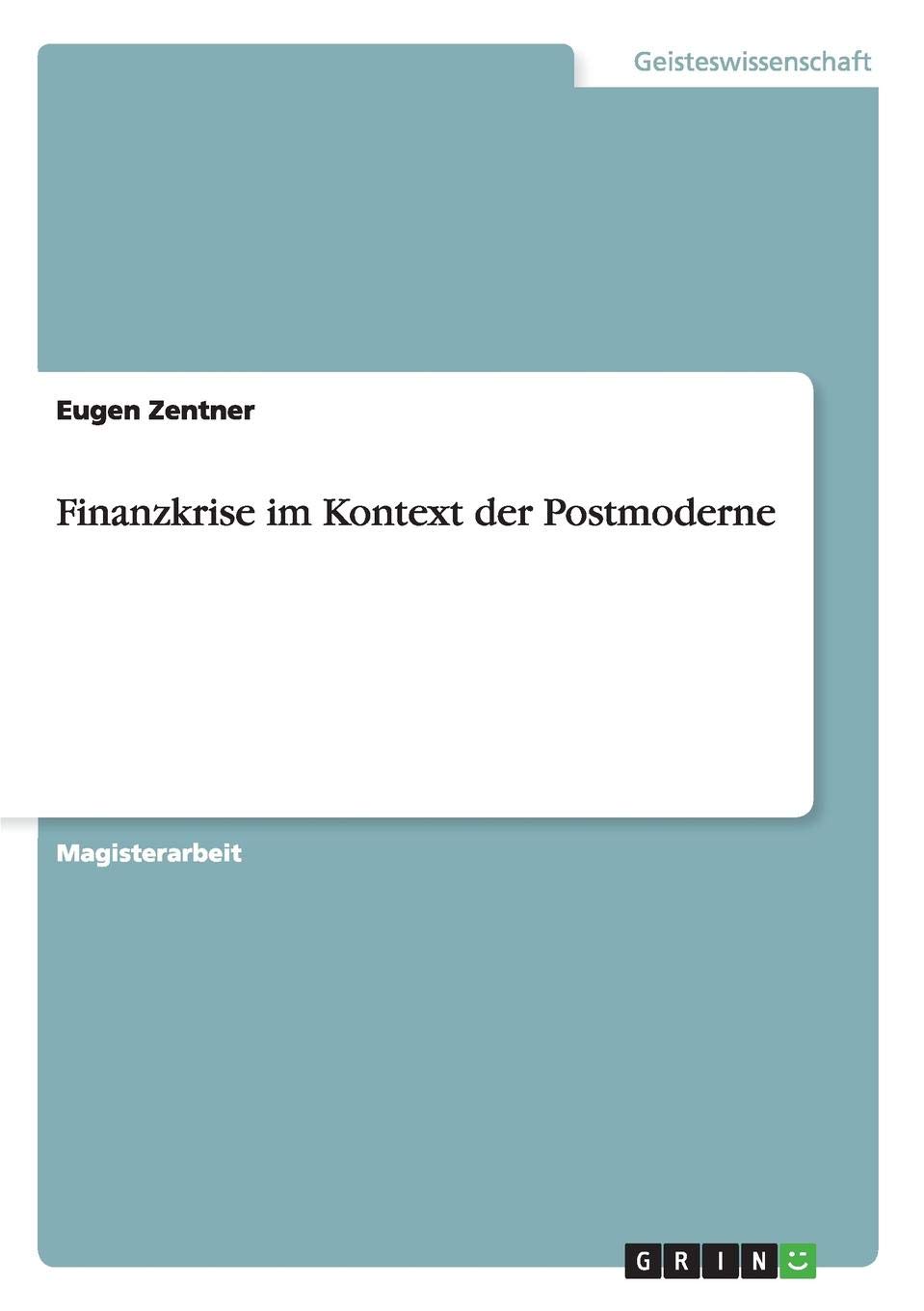 Now there is another dirty game which your government is playing on the back of the Germans and the rest of the Eurozone and this dirty trick is Agenda and the Hartz reforms!!! What are the effects of Agenda on the German labour prices and costs? In fact many salaries even reduced instead of increasing! Now lets analyse what the effect of the Agenda is on the rest of the Eurozone! These reforms are the main and utmost factor of the uneven developments of competitiveness in the Eurozone. How is that?

Very simple since all the others in the Eurozone increased their salaries while the Club Teutonia reduced the salaries that was the outcome! Now what is your cookie monster Merkels plan on that? Does she want to increase the salaries in Germany and hence reduce the differences in competitiveness and improve the standard of living of the poorer Germans???