Choose your country's store to see books available for purchase. Gone is the era of Edward R.


Murrow and Walter Cronkite, when news programs fought to gain the trust and respect of a wide spectrum of American viewers. Today, the fastest-growing news programs and media platforms are fighting hard for increasingly narrow segments of the public and playing on old prejudices and deep-rooted fears, coloring the conversation in the blogosphere and the cable news chatter to distract from the true issues at stake.

Using the same tactics once used to mobilize political parties and committed voters, they send their fans coded messages and demonize opposing groups, in the process securing valuable audience share and website traffic. Race-baiter is a term born out of this tumultuous climate, coined by the conservative media to describe a person who uses racial tensions to arouse the passion and ire of a particular demographic.

Even as the election of the first black president forces us all to reevaluate how we think about race, gender, culture, and class lines, some areas of modern media are working hard to push the same old buttons of conflict and division for new purposes. In Race-Baiter, veteran journalist and media critic Eric Deggans dissects the powerful ways modern media feeds fears, prejudices, and hate, while also tracing the history of the word and its consequences, intended or otherwise.


Primetime Propaganda. The Loudest Voice in the Room. Gabriel Sherman. Bill Kovach. How the Right Lost Its Mind. Charles J.

Jamie Kilstein. The Elements of Journalism. Tom Rosenstiel. The Problem of the Media. Robert D.

This Is an Uprising. Mark Engler. Rush Limbaugh.

Race-Baiter: How the Media Wields Dangerous Words to Divide a Nation 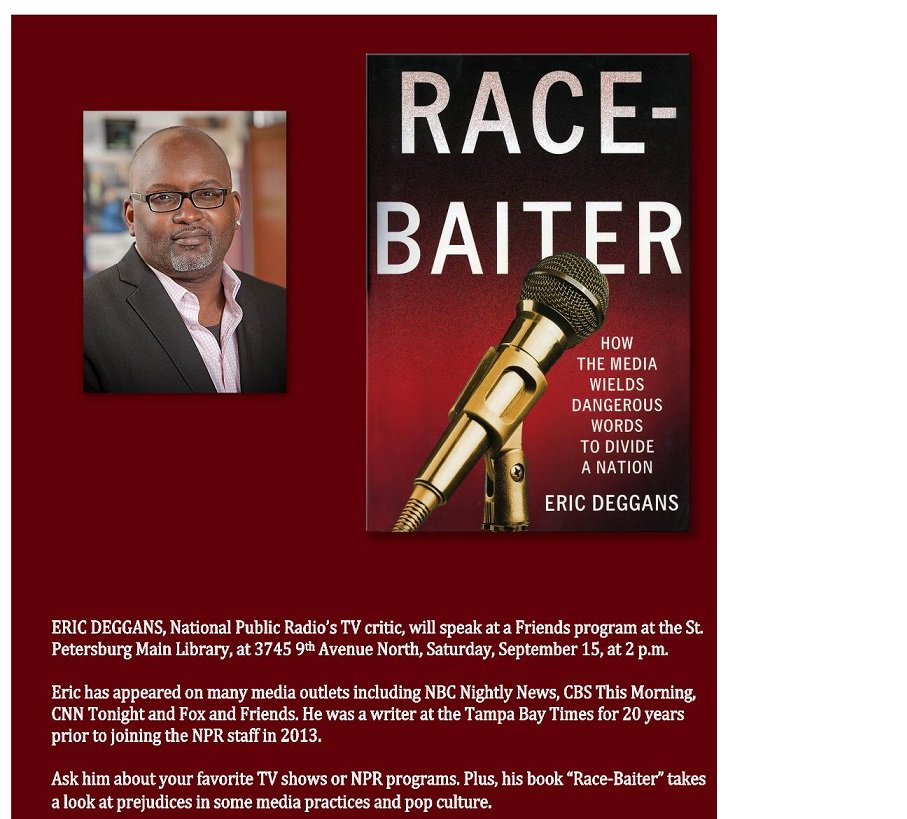 True Enough. Farhad Manjoo. Why You're Wrong About the Right. The Silencing. Kirsten Powers.

A Conversation with Eric Deggans on Race & Media